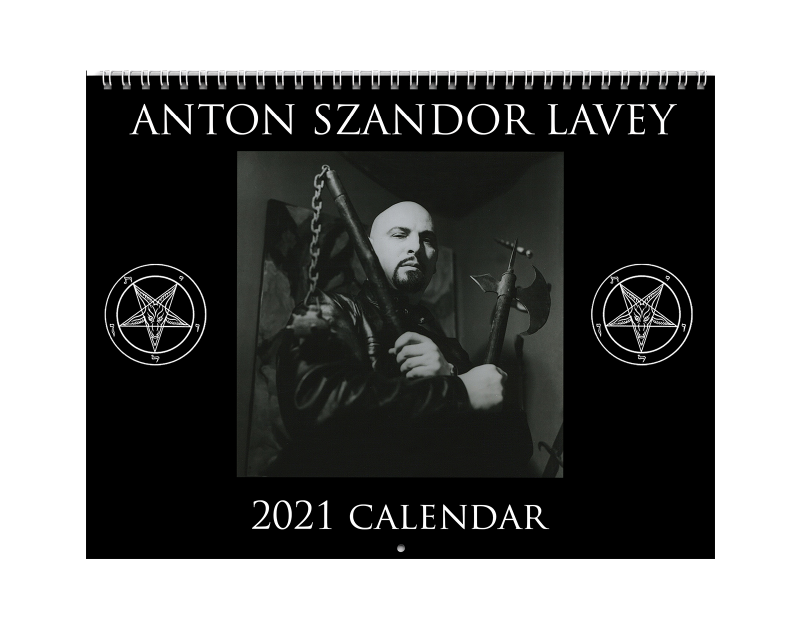 These Twelve Iconic photos were taken at The Black House, original headquarters of the Church of Satan in San Francisco where Anton LaVey & family lived during the 1960s and 1970s. The cover photo was taken by Diane LaVey who also co-wrote Anton LaVey's first most widely read and cherished books, "The Satanic Bible", "The Satanic Rituals" & "The Compleat Witch" (later renamed The Satanic Witch) Diane is featured prominently within this calendar you will recognize her by her long blonde hair and that she is clad in ceremonial robe amidst so many bare naked beauties. These twelve color ritual-scene photos were taken in 1969 but were never published. A great many similar photo shoots were conducted during the late 1960s and early 1970s at the zenith of the new religions initial popularity.

Save this product for later